What follows is an edited version of a brochure written in French and translated into several languages. The brochure is available here.  To aid readability in web format I have changed the structure somewhat but the words and ideas remain the same. The text is comprised of a series of interviews conducted mainly by email

Today, Paris and other French urban zones see the demonstrations of the gilets jaunes, organised in part through new media. Considering Paris’ lineage of street politics, it seems an interesting moment to reflect on the achievements of the Paris Commune as established in March 1871, and to address the role media plays in both reporting

The anarcho-syndicalist international has published a public call backing a general strike and supporting a statement on the Yellow Vest movement written by its French section, CNT-AIT. The International Workers Association (IWA) would like to show its solidarity with the social protests occurring in France which are yet another example of resistance to the overbearing

After months of clashes, “Act 12” of the main Gilet Jaunes (yellow vest) marches today is setting itself squarely against police and fascist violence – and calls are growing for a general strike. A fascist attack launched against a procession at Act 11 by anti-capitalist party NPA last Saturday shook the left sections of the yellow vests. Several

Far-right thugs imitating the French yellow-vest movement launched a racist attack on an RMT picket yesterday, reports the Merseyside Anti-Fascist Network: Striking transport workers were attacked on their picket line at Manchester Victoria by a bunch of yellow vest fascists. The picketers, who have been campaigning over cuts to safety-important train guard roles, were attacked

This analysis of the happenings in France was originally published by Crimethinc on 6th December 2018. In response to Emmanuel Macron’s proposal to increase the tax on fuel for “ecological” reasons, France has experienced several weeks of unrest associated with the yellow vest movement. This grassroots uprising illustrates how the contradictions of modern centrism—such as 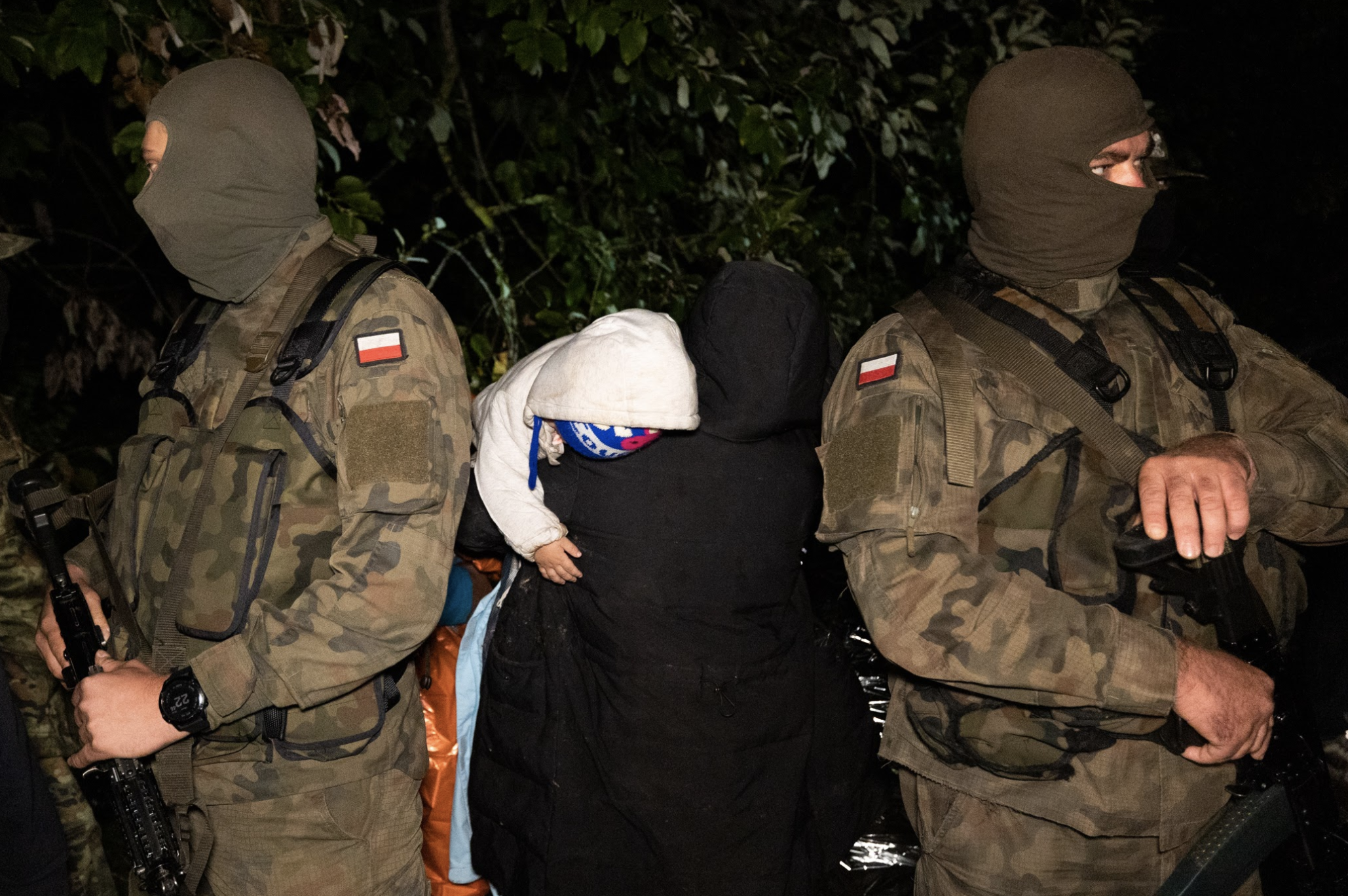 Murder by negligence on EU border

Last month, Freedom reported on the plight of 32 people from Afghanistan seeking asylum in the EU imprisoned on the Polish-Belarus border and left there without food, shelter or medical assistance for weeks.

Throughout the last few months, cleaners at Facebook’s London offices have been fighting back against an attempt to drastically increase their workload, after the number of floors they had to clean during a shift was doubled with no increase in staffing levels.

The last major protector camp in the Chilterns against the government’s struggling High Speed Rail project scored a victory yesterday as it emerged constructors would be forced to the High Court to argue their case for an eviction order.

Russia: two anarchists sentenced to prison for a banner drop

On 10th September, the Central District Court of Chelyabinsk, Russia, announced the verdict in the case of two anarchists, Anastasia Safonova and Dmitry Tsibukovsky, accused of a banner drop.

IWGB survey of key workers in courier sector reveals 9 in 10 have been harassed, with BAME workers hardest hit

A survey of 100 couriers conducted by the Independent Workers’ Union of Great Britain (IWGB) highlights endemic harassment and abuse of gig workers.