Below, Freedom reproduces an open letter to XR from Earth First!. Originally published on EF! website.

The next Earth First! Gathering, an event involving five days of workshops, skill shares, plotting and planning, solidarity and socialising in a beautiful campout, will take place between 31st August and 5th September in South West England. More info here.

In recent years there has been an explosion of activity in the climate movement in the UK. It’s inspiring to see so many determined to take action on climate change and commit themselves to fiercely defending nature. Extinction Rebellion (XR), in particular, has brought in thousands of new people, shifted public opinion, and reignited a movement. There has also been an exciting movement within XR, increasingly targeting those in the corporate media and fossil industries causing the problem rather than just creating public disruption.

But it seems that some important lessons from the past have been forgotten. We know some of you are thinking and talking about these things already and we hope what we’ve written is received as it is intended, as some considered reflections from critical friends:

We are not pawns for a personality cult

Climate Change is urgent, and we need to take action now, but we also need to be in it for the long haul. Treating people as disposable – getting arrested for the sake of getting arrested – and ignoring the threats of burnout means people will drop out and feel discarded. This is already happening. We want to build an inclusive, diverse, caring movement that treats everyone as valuable, not forgotten once they have served their purpose in a strategy they have little say in. Non-hierarchical organising means meaningful participation for all, not unaccountable leaders and unaddressed invisible hierarchies.

Cops are not your friends. The police defend the individuals and institutions that are destroying the planet’s life support systems. Prisons and police are part of the problem, not the solution. They enforce a system that is ecocidal and violent in nature; they defend the right to degrade, pollute, control, and exploit humans and nature. They are inherently racist and sexist. They need to be abolished. These aren’t impossible dreams. Black feminists have long led the fight for abolition, and when the Black Lives Matter movement erupted around the world, suddenly people were openly discussing police and prison abolition in the mainstream media.

It’s ALL about politics

Politics isn’t about politicians and parliament, it’s about people trying to create the society they believe in. Climate change is not ‘beyond politics’; taking action on climate change is fundamentally political. Issues such as race and class aren’t annoying obstacles to a bigger movement, they are essential to building effective, enduring change. The domination of humans and the domination of nature are intrinsically linked, and we can’t end one while the other continues. De-politicising climate change not only ignores capitalism and other root causes, it also means XR will continue to be dominated by white middle-class‘ environmentalists’.

Civil disobedience is just one of many tactics, and not the only way to take action. You don’t have to put yourselves in the hands of the state. Ecological direct action is about doing it yourself, attacking those destroying nature and inspiring others to follow suit, not lobbying the government to act on your behalf. Political violence should never be resorted to lightly, but dogmatic pacificism protects the state, the rich and the powerful. Historical struggles against slavery, feudalism, colonialism, patriarchy and fascism all involved violence. Riots, revolts and rebellion against oppression have their place and should be celebrated, not reviled. Preaching non-violence also ignores how the very idea of ‘violence’ is used to repress and pacify resistance, and leads to self-policing and authoritarianism within our movements. A diversity of tactics means different approaches to working together and reinforcing each other. In this way, we can build towards revolutionary change.

Self-reflection and critical discussion isn’t infighting and factionalism, it’s how to build strong, powerful movements that can bring about the unprecedented changes climate change requires. We’re not writing these words to show ourselves as ‘more radical than thou’ and we know that everyone goes through their own political journey in life. But if any of what we’ve written speaks to you, come and talk to us, and let’s work out where we go next.

We’re ready. Instead of grieving for a dying planet, it’s time to step up and fight, for people and nature, with love and rage.

Your friends from the EarthFirst! gathering collective

The planet burns, the bills get higher; the workers strike and here we are waiting to be told by fewer than 200,000 Tories who our next prime minister will be. 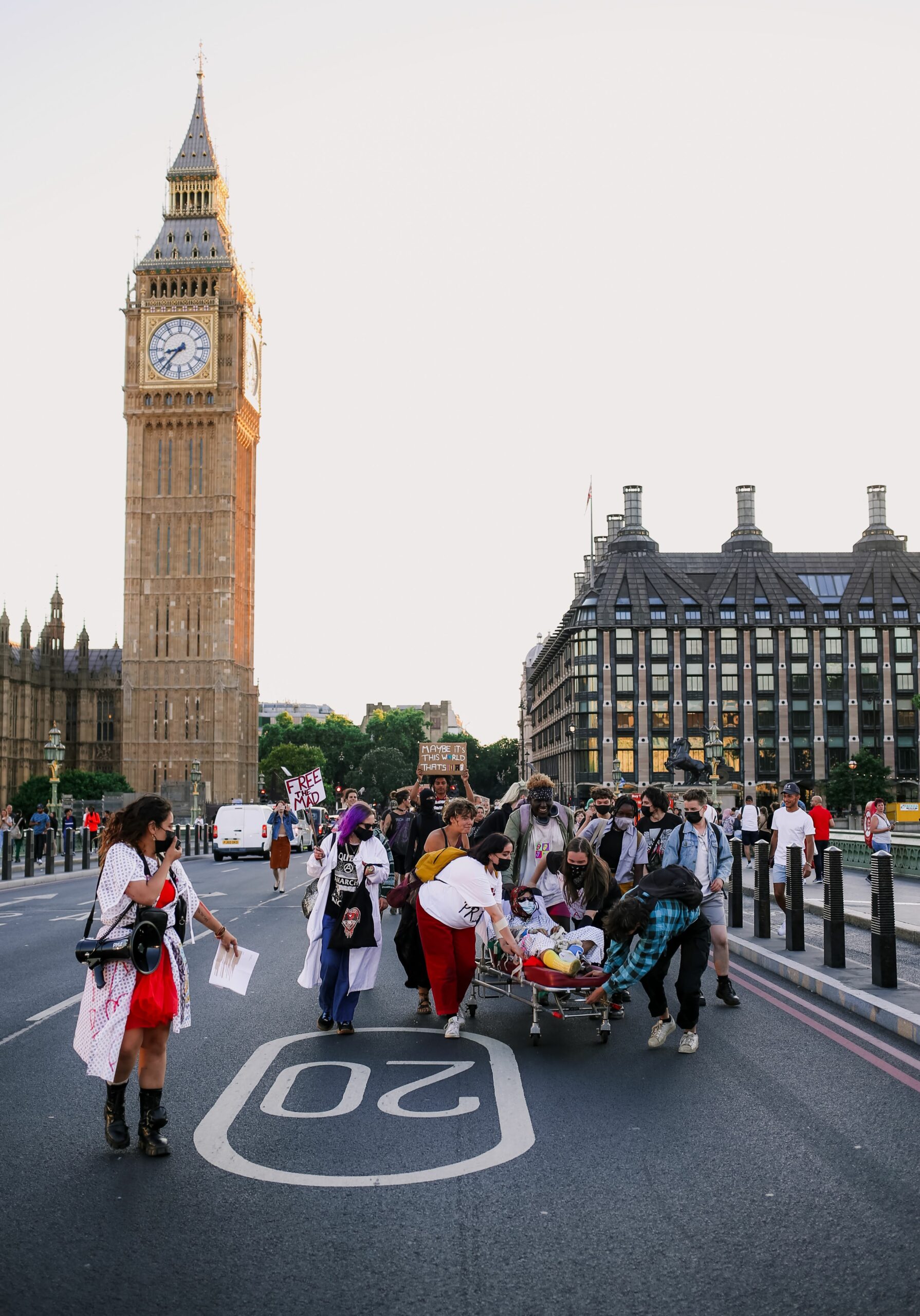 The planet burns, the bills get higher; the workers strike and here we are waiting to be told by fewer than 200,000 Tories who our next prime minister will be.