May 16th: In its latest action against Elbit Systems, Palestine Action stormed the Israeli weapons maker’s flagship premises yesterday (May 15th), occupying both the inside of the facility and the roof to mark Nakba Day.

May 15th: An ill-advised immigration raid launched on a sunny Saturday in Dalston, London turned ugly yesterday after police officers attacked large crowds who’d turned out to oppose it.

May 13th: Protectors at the two Bluebell Woods camps near Swynnerton in Staffordshire have come under siege from bailiffs as efforts to drive them out of the area escalate. 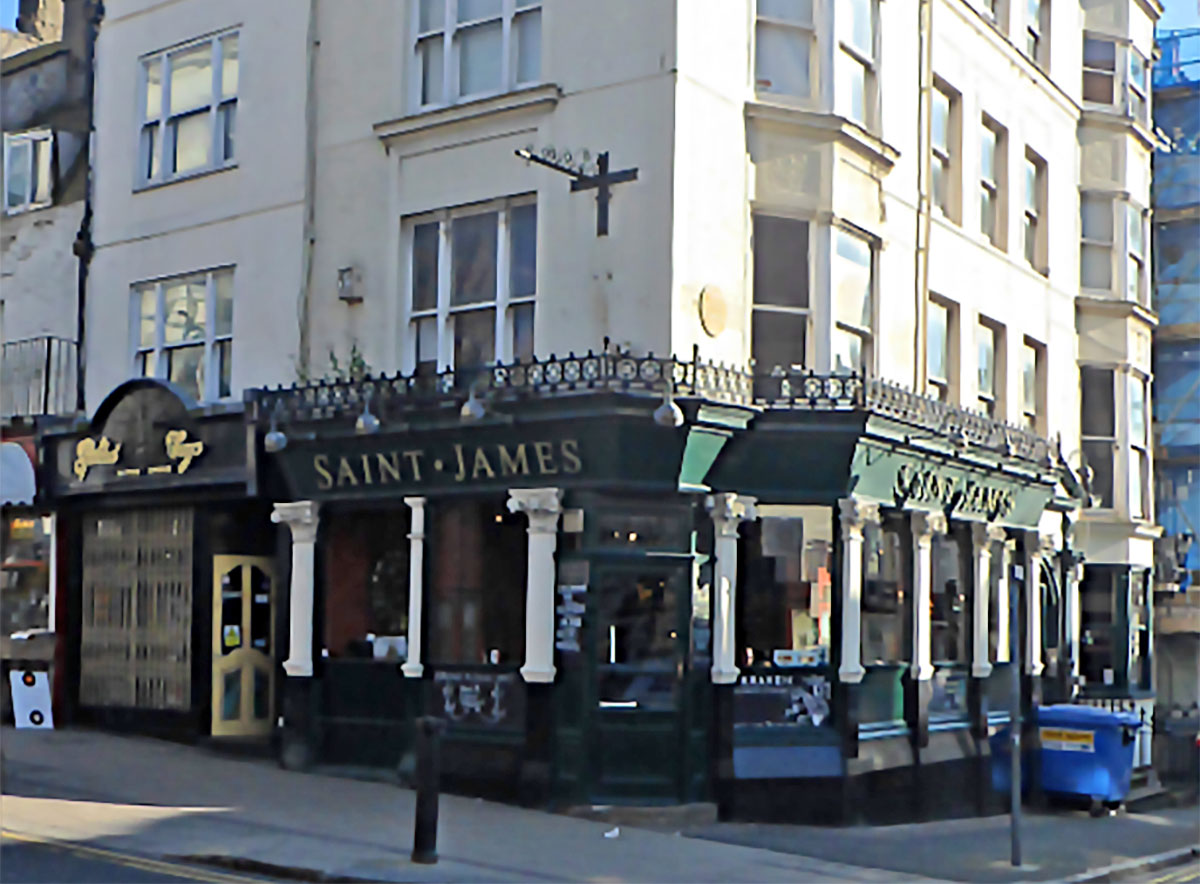 May 12th: Bar staff at the well-known Brighton watering hole are balloting to down glasses on zero-hours low pay contracts — and potentially sue bosses over alleged harassment, sexism and transphobia. 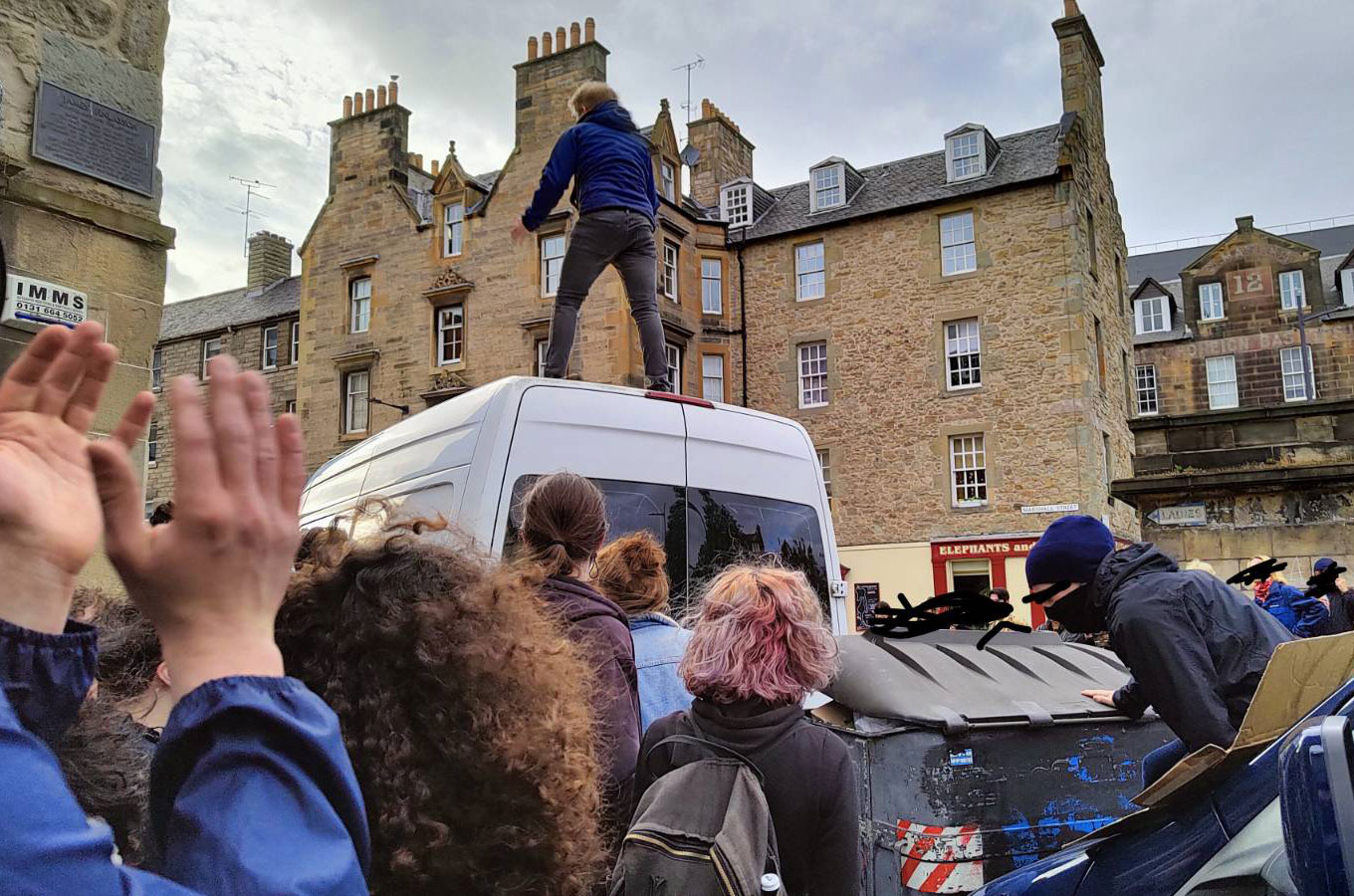 May 6th: Scorsby was on the ground at yesterday’s spectacular, and successful, effort to deter an immigration raid in Edinburgh. 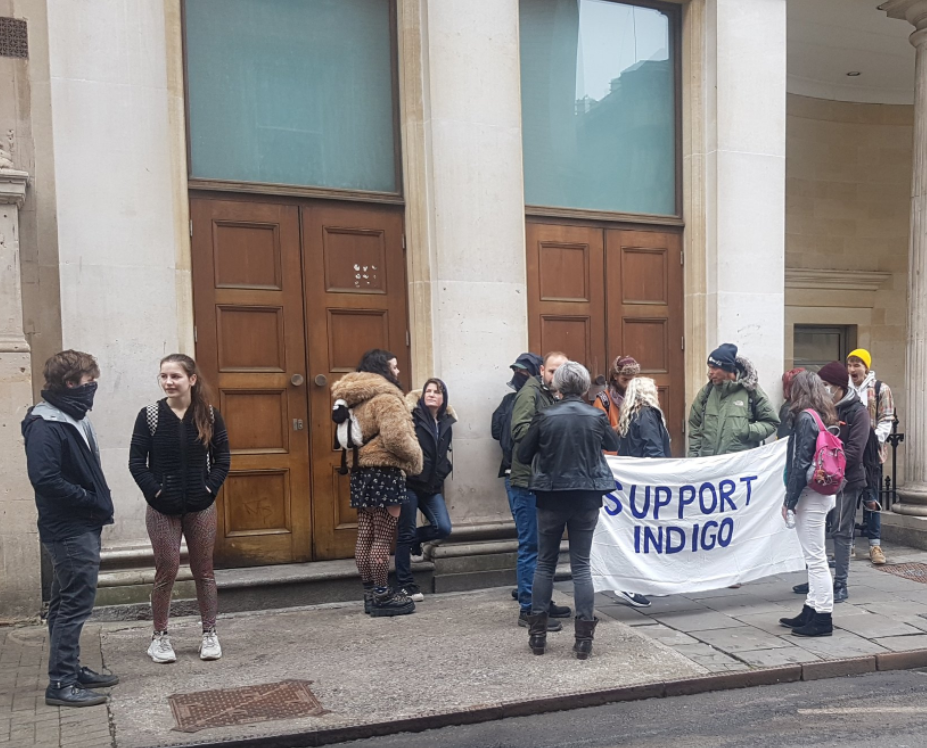 May 5th: Two Bristolians accused of riot have been up in court this week in the latest of a series of cases related to Kill the Bill protests in 2020, while in a separate case anarchist prisoner Toby Shone is facing years of heavy surveillance via a Serious Crime Prevention Order (SCPO). 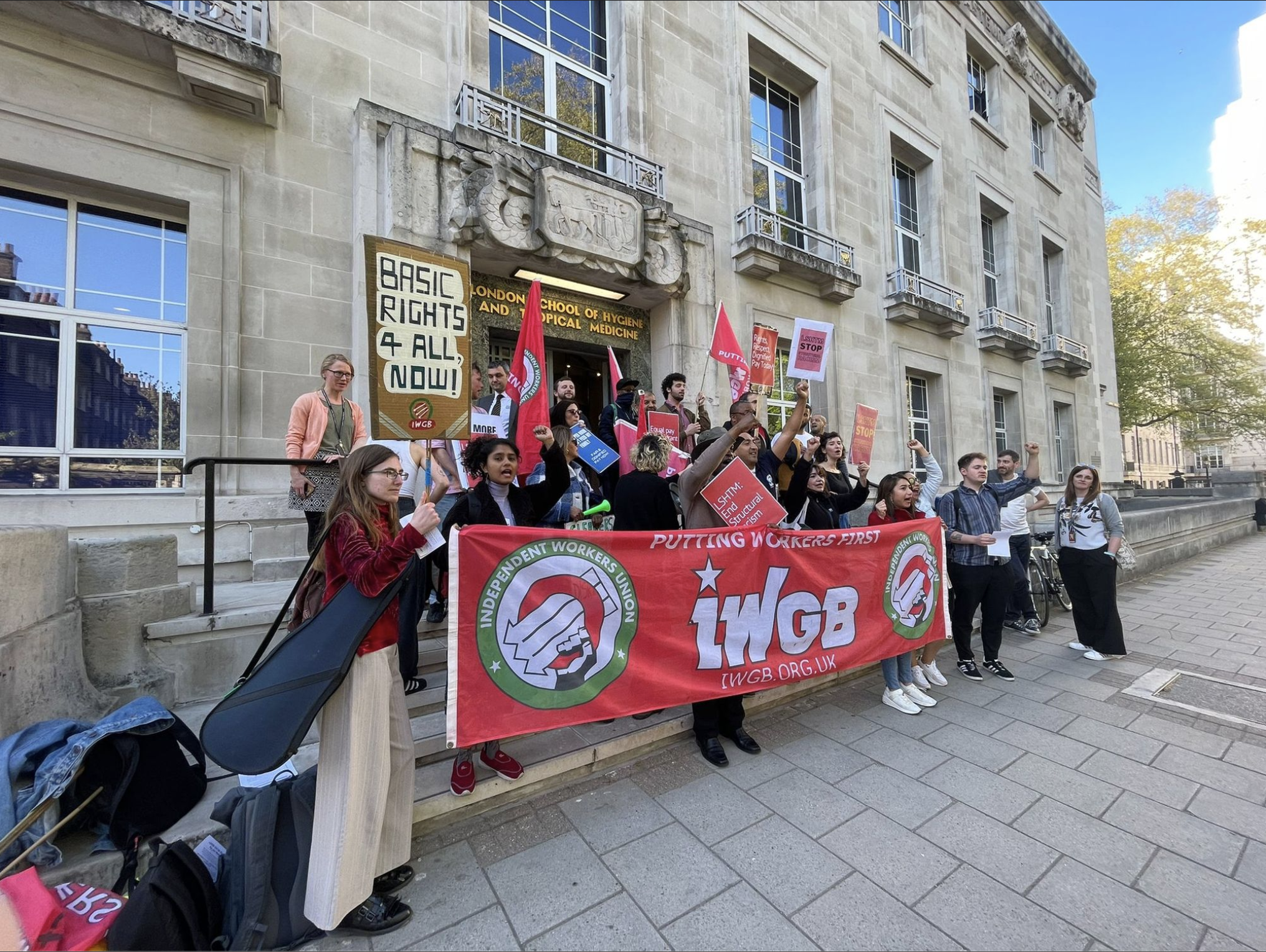 April 25th: At least four cleaners who attended a peaceful protest at the London School of Hygiene and Tropical Medicine (LSHTM) have been informed they will be suspended from work pending investigation.

April 24th: At 11am this morning, police swooped on a community mutual aid project in Northampton in a raid allegedly linked to the Just Stop Oil campaign. 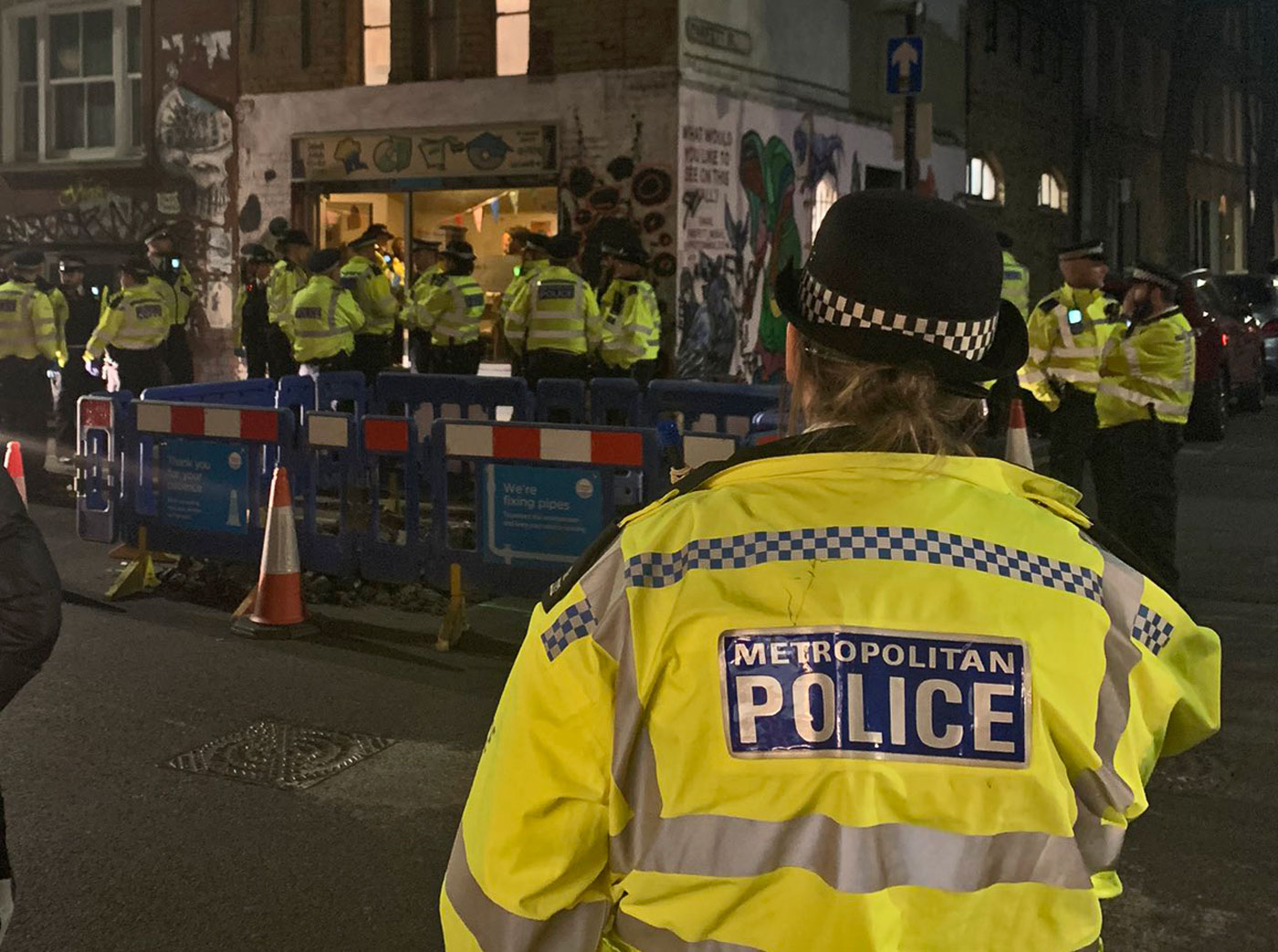 April 14th: Eleven people have been arrested in a midnight raid at London Action Resource Centre (LARC) in Whitechapel, for conspiracy to commit a public nuisance. 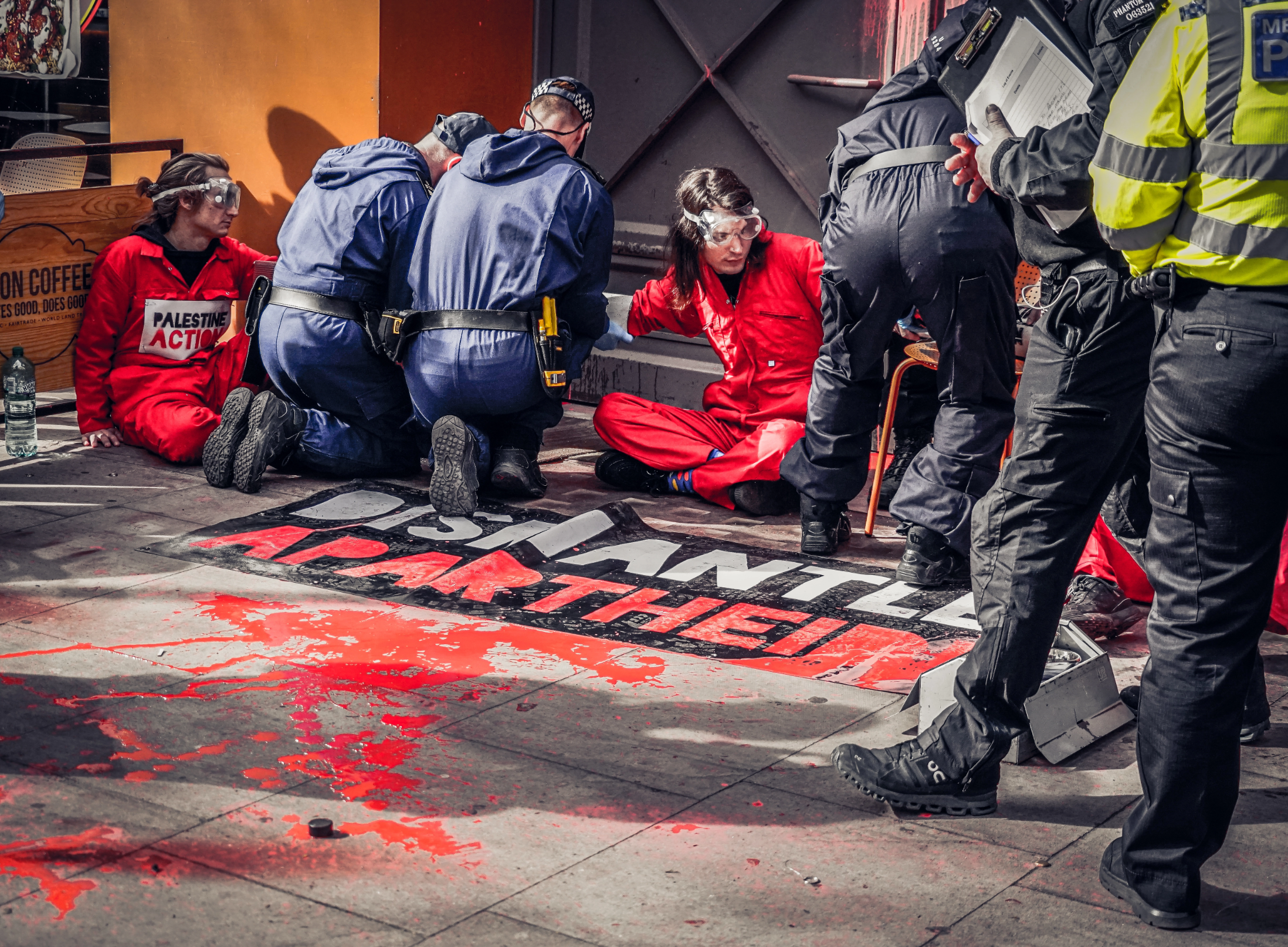 April 13th: The under-pressure Israeli arms firm saw its London base targeted by the latest in a wave of blockades yesterday despite its attempts to undermine activist crowdfunders and tie up Palestine Action with legal proceedings.