Many of us have been following recent events in Minneapolis where a community is resisting police terror following the murder of George Floyd, with outpourings of solidarity from across the world. In the UK, however, we hear a common refrain from progressives about how police here are not as violent as in the US. As a community-led campaign against police violence, we know how far this is from the truth.

There is an increasing tally of people who have died in police custody. 1741 people have died in police custody or following contact with the police in England and Wales since official records began in 1990. These figures won’t include the deaths of Clinton McCurbin, Aseta Simms, Colin Roach and countless others who died prior to 1990. Behind the statistics are stories of lives cut short and generations of families and communities that have mourned the losses. These numbers can’t show the lineage of tragic loss faced by black and other people of colour, disabled, transgender, queer and working class people in this country. In the UK, no officer has been sentenced following the death of someone in their custody. Some of these deaths have happened following lethal negligence of a vulnerable person in police custody, others have involved lethal restraint and some are outright extrajudicial killings. The police in Britain do not need guns to kill us, but they enjoy impunity through a judicial system and press that remain ever-ready to exonerate their behaviour and smear the victims of their violence.

Within our communities children are regularly harassed and surveilled by police while on the street, or within school. Often stopped in the street for apparently matching a description of someone that has committed a crime in the area, police officers are usually unable to explain why these children are targeted for any reason beyond their race. Working class neighbourhoods are heavily patrolled by police and many of us live in fear of the violence that awaits our loved ones during interactions with police on the street, or while driving. We know that violence within our communities, such as youth or domestic violence, will not be healed if we rely on collaboration with police who designate our communities as inherently criminal instead of supporting us.

Our calls for justice within a system that is built on injustice can often feel misplaced. Campaigns to prosecute murderous police officers might seem out of step with the scale of persistent racialised state violence that we’re up against. Families endure years of trauma and surveillance from an unflinching and unrepentant state. The strength of community campaigns for justice led by the loved ones of those who die at the hands of police are not simply measured by their success in securing convictions, but in commemorating the memory of their lost family members and galvanising communities to build towards a world without police and state violence.

In the struggle against police violence, we can fall into the trap of believing that technology, police sensitivity training or more non-white police are a ticket to accountability. However, when Nathaniel Brophy was shot in Brixton in 2015, following his attempted eviction for rent arrears, video from the body-worn camera of the police officer who shot him was “lost” and irretrievable. Brophy’s father’s assertion that the situation could have been de-escalated without armed police was left without crucial evidence. The police officer who, in July 2017, chased down and restrained Rashan Charles with such force that he lost consciousness and died, claimed that he “forgot” to turn on his born-worn camera in time. For the victims of police violence, these technologies for supposed accountability can still be manipulated in service of a narrative of legitimate state-sanctioned murder. As for the calls for more non-white cops, a boot on the neck feels no less painful if it belongs to someone who looks like us.

To understand the racist nature of British policing, we must look into its history. Importantly, most British policing in the 19th and early 20th centuries didn’t take place on the British mainland – it occurred in Britain’s colonies. Controlling large populations, such as Kenya or India, required huge numbers of settler police officers, as well as recruitment of locals into the lower ranks of the police. This colonial history of British policing not only illustrates how racism is fundamental to much of the history of British policing, but that ‘diverse’ police forces are also nothing new. In these colonial contexts, the police and the army were often indistinguishable, with military tactics (mass imprisonment, forced resettlement and shoot-to-kill) often combined with military weaponry. Paramilitary policing continued to be used in Britain’s former colonies through the 20th century and beyond. Northern Ireland was occupied by the British Army and Protestant-dominated police forces during The Troubles, Palestine is policed by the IDF while the United States regularly calls on its National Guard to support its heavily armed police forces to quell rebellions from black and indigenous communities (as we have seen in Minneapolis over the last few days).

This colonial paramilitary policing became popularised on the British mainland in the 1980s. Following urban rebellions in Bristol and Nottingham in 1980, the Metropolitan Police received consultancy from police forces in Britain’s two remaining significant colonies: Northern Ireland and Hong Kong. They introduced baton rounds, tear gas and tactics such as mass arrest and detention, which were used to quell Republicans and suspected communists in these British jurisdictions. Now used against Britain’s black communities, these tactics were deployed throughout the 1980s in working class areas including Toxteth, Brixton, Handsworth, Tottenham and other sights of urban rebellion in black communities. Britain’s SAS, long known for carrying out covert operations in Britain’s former colonies, including Northern Ireland, training the counter-terror police who killed Brazilian plumber Jean Charles Menezes in 2005.

Like colonialism, racism relies on policing to exercise the sharp end of its power. But of course, racism infects all institutions, categorising workers differently and thus shaping exploitation, as well as reproducing racism in education, health, housing and every aspect of life. Pathologizing black people as morally degenerate, from broken homes with bad parents, susceptible to ‘gang violence’ ‘mugging’ or ‘knife crime’ enables the British state to simultaneously deflect attention away from its own violent racism, while justifying the racial violence of the police and prison system.

The London Campaign Against Police and State Violence (LCAPSV) is a community self-defence campaign against police violence. Our group was founded in 2013 following a violent stop and search of one of our members by police in South London. We draw from a history of community self-defence campaigns that have come before, such as those that were formed across London in Hackney, Newham, and Brent as well as Manchester, Leicester, Bradford and beyond in the 1970s and ‘80s. We know that wrestling power away from institutions and developing self-determination with our communities is one way that we build towards a world free of racialised terror and state violence. There is no way we can simply reform the police into less violence, but we can chip away at their power and build towards a horizon of abolishing the need for police entirely. During this pandemic, we have been organising with other community groups, young people and legal professionals to skill up those targeted by police during lockdown and to materially support them in challenging police impunity.

What we see in the UK is complicity among state institutions, the press and wider society in denying the extent of racism and state violence that we are up against. The violence and death that black and other people of colour face at the hands of police are so often ignored unless communities take things into their own hands through urban uprisings – as happened in Handsworth, Brixton, Toxteth and Tottenham in 1981 and 2011 to name a few. There’s also unyielding resistance, joy and celebration among communities targeted by the state. As we continue to watch the unfolding of events in the US and mobilise in solidarity with communities in Minneapolis and beyond, let us never forget the system of siege and attendant tradition of resistance that exist on our own streets.

Ru & Adam, who organise with LCAPSV.

The United Friends and Families Campaign

Dying for Justice – Report by the Institute of Race Relations

‘Who Polices The Police?’ – Ken Fero 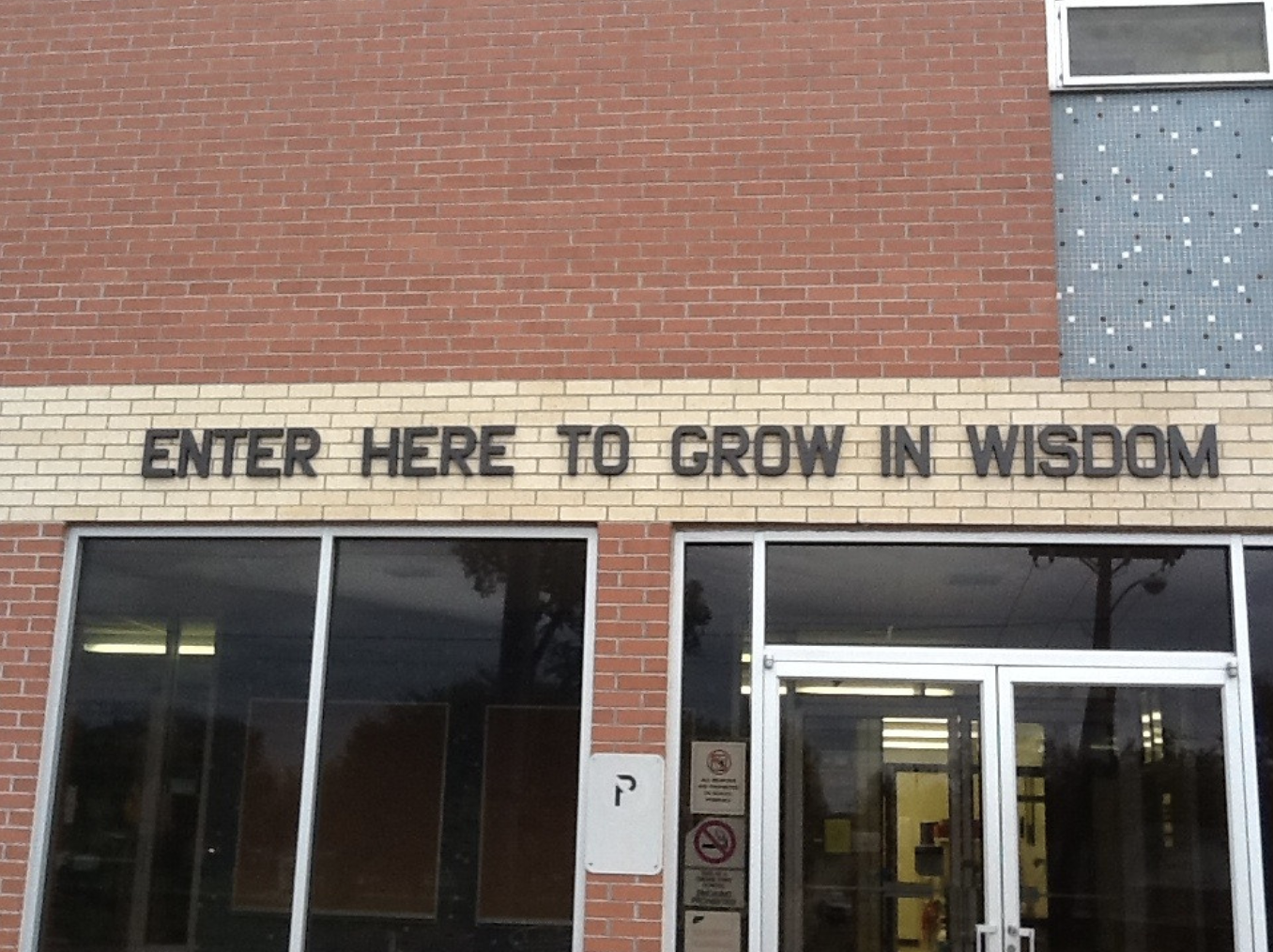 It starts in schools- how young people are consistently failed as victims of discrimination and sexual assault, and how it carries into adulthood. 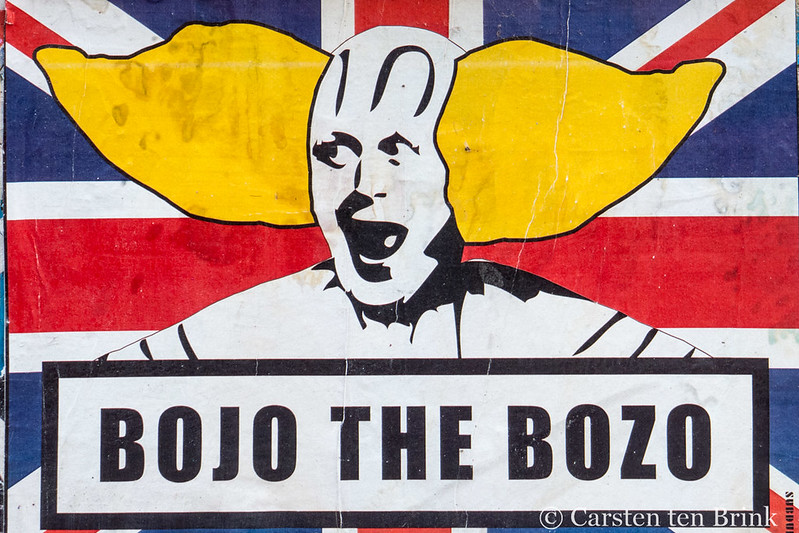 As the political year ends, it’s worthwhile to reflect on the utter incompetence of Boris Johnson. 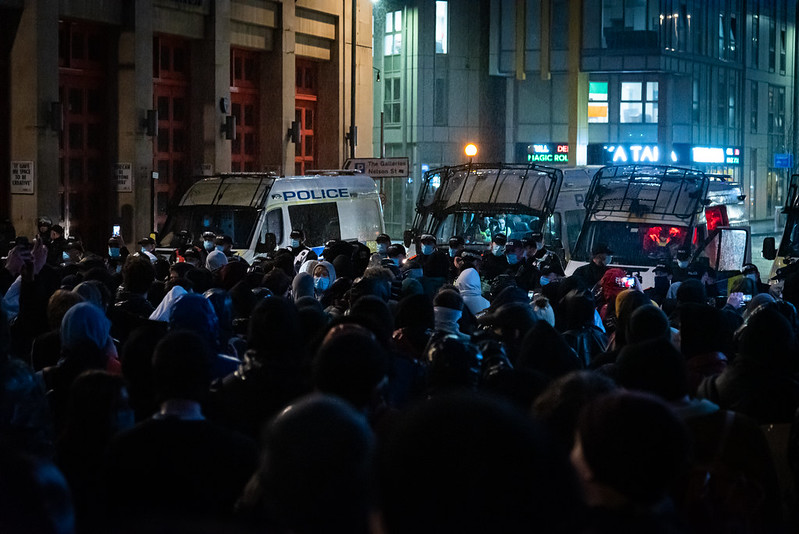 The protest against the Police Crime Sentencing and Courts Bill on the 21st March in Bristol has resulted in one of the most vicious campaigns of repression against demonstrators in our long experience.

Following recent protest action at Maghaberry Prison, the family of John Paul Wootton are now calling upon the current Director General of the Northern Ireland Prison Service, Ronnie Armour, to intervene to help end the ongoing acts of discrimination against their son, brother, uncle and miscarriage of justice victim, John Paul Wootton.

There is a fundamental lie in the capitalist society.

It starts in schools- how young people are consistently failed as victims of discrimination and sexual assault, and how it carries into adulthood.

As the political year ends, it’s worthwhile to reflect on the utter incompetence of Boris Johnson.

The protest against the Police Crime Sentencing and Courts Bill on the 21st March in Bristol has resulted in one of the most vicious campaigns of repression against demonstrators in our long experience.

Following recent protest action at Maghaberry Prison, the family of John Paul Wootton are now calling upon the current Director General of the Northern Ireland Prison Service, Ronnie Armour, to intervene to help end the ongoing acts of discrimination against their son, brother, uncle and miscarriage of justice victim, John Paul Wootton.

There is a fundamental lie in the capitalist society.