“I fell in love – completely and with passionate sincerity – with the idea of revolution.”

She sells the arts of the working class to the rich but I know she doesn’t believe in it. A newspaper held in shaking hands and eyes deep in the horror of hunger, her voice echoes across the street. We were both corrupted that way, standing together on Bergmanstrasse, a famously gentrified street in west Berlin.

“Arts of the Working Class!” she screams at the rich. “Bite the hand that feeds you! … Food eats the soul!” I read through the newspaper as she is ignored. The first line of the editorial declarers; “In Corona times we most likely eat where we shit. This issue is part of the tragicomic reality of precarious living and working conditions…” I close the paper.

“Evgeniia, why do you sell this trash?” I ask. “The homeless selling the rich a newspaper written by the rich about being homeless, as they gorge themselves on sushi and lies?” Her eyes flash with the intensity of fire. “You were once the editor of Gazeta Urkanskaia Pravda… the Newspaper of Delinquents! One of the greatest death camp newspapers…”

“Yes once,” she cuts me off, “until I got this.” She points to a bullet hole on her head, “but there is no use discussing our deaths if we are immortal, is there?” Then she cracks a smile and throws the newspapers down next to a sleeping bag in a doorway.

“Come on, lets get the fuck out of here and spend our money on a declaration of war.”

Evgeniia takes me to a bourgeois watering hole and I instinctively recoil in horror. “It’s OK,” she takes my hand, “we have a connection on the inside who knows what we need.” As we enter, the stench of our unwashed bodies proceeds us and alerts the glares of privilege and contempt.

“I am looking for a present for someone I hate,” a set of white teeth laughs over the counter as his girlfriend sinks into the abyss. “Nothing too expensive HAHA maybe you can cut me a deal boy?” he sneers at the working class.

The Zen Anarchist closes the door behind us and locks it, opening up a secret compartment and passing bottles of clear liquid to Evgeniia. “From the Stazi times,” he smiles at me looking at the compartment. “I thought we are in the west…” I start but am cut off by laughter.

“Well, who won? When the wall came down everything was eaten – the entire system of the DDR, including I might add, it’s intelligence apparatus – all this madness you see around you is not because we are consumers. What are we?”

“Consumed,” I smile. He points at the bottles on the floor. “Careful, this will cause riots. It’s strong stuff and part of the proceeds go to anti-Fascist groups.” She empties her change into his hand.

“The rich paying the homeless to riot? Still selling Arts of the Working Class I see.” he laugh.

The darkness takes us out into the night and we are joined by a black cat with a fiddle and nine lives, known only as Atamansha – commander. The fiddle screams on the doorstep of a Bolshevik, and it doesn’t take long before we are hated by outraged Germans, disgusted tourists and paranoid cops behind glass.

Now comes the fear as we sit together under this crumbling new world and she cries for Aleksandr. “You don’t understand,” Evgeniia screams with the anguish of a black out. “He was my friend and a poet and a lover. He was a Biocosmist. He believed in maximum freedom of the individual to move in cosmic space…”

“Was!?” I scream in German, seizing the riot and clutching it to my heart. In a bin, I see a bunch of discarded white roses. “Immortality,” she tries to explain but the darkness takes her. “Keep watch,” I say to Atamansha who had returned with paws full of beer bottles. The cat nods, cracks one open with a claw and starts to do a sketch of Frantz Fanon.

At an abandoned spiel casino around the corner, I put my weisse rosen down next to the dead flowers and weathered messages of affection and I broke down crying for a fallen comrade, eaten by the city. The writing is on the wall…

“Why do you allow these men who are in power to rob you step by step, openly and in secret, of one domain of your rights after another, until one day nothing, nothing at all will be left but a mechanised state system presided over by criminals and drunks? Is your spirit already so crushed by abuse that you forget it is your right—or rather, your moral duty—to eliminate this system?…”

“…Goodbye Marcus,” I said to the figure in the darkness and ran back to join my compañeros.

Atamansha and I stayed awake until the early hours of the morning protecting the newspaper seller passed out on the floor. Freedom, however, is never assured and conformity closes in.

He slinks in next to us, a predator behind a smile. His clothes are new, his hair freshly cut and his face young. He is of the generation of instant gratification and is old enough to feel angry at this lie. As he sits sipping his Becks, he is welcomed by the community. From shop keepers, the elderly and gang members on the streets – he is a respectable man.

He is also a rapist. Perhaps this is the tragicomic reality of precarious living that the bourgeois told me about. Trauma manifests itself as a disordered psychic or behavioural state resulting from severe mental or emotional stress, or physical injury… “Get your fucking hands off her!” I scream at dead eyes and bottles smash around us, as we make our escape and he crosses the street.

“We are immortal,” Evgeniia repeats as a rock the size of my fist misses my head by an itch and crashes into the shutter of a shop, laying guiltily on the floor. He stands across the street from us, afraid and full of hate. We hide in the field of rabbits, protected from the rich by drug dealers and the homeless who nod as we pass.

After a day of trekking we make it to safe territory in the east. On the Rigaer Strasse, we are given sanctuary as the anarcho-punk resumes and beer bottles open and our screams join together, a scream of resistance and pain that we disguise with gestures and drugs. We are burning up the night.

“Anarchists are not promising anything to anyone,” the cat purrs, as she plays chess against an artist rolling a cigarette. “The Anarchists only want people to be conscious of their own situation and seize freedom for themselves.”

“Arts of the Working Class?” A young Russian man with a bullet hole in his head asks Evgeniia. “Reminds me of a Menshevik I met in Berlin.” Her eyes light on fire.

“His pants let me astray,” he explained. “for a moment I had the passing thought that he was probably a sincere socialist because he wore old pants, but now I strongly suspect he is a scumbag and probably just tore his pants on a nail by accident.”

“When I get back to Russia,” Aleksandr Iaroslavkii smiles at Evgeniia, “If I am not executed first, I will definitely write a satirical article entitled; “The Menshevik’s Pants.”

I felt finally that my comrades were safe but I could not escape the darkness. I could not escape the guilt and exhaustion. The fear rises in me as does an intense rage that is uncontrollable, and the trauma takes me back out onto the street and I clutch the riot – crossing the ruins of the Berlin Wall to find a predator to destroy.

Instead, in the mist of a blackout, I find myself trying to read the sign in the front window of an expensive Mercedes Benz, parked on Bergmanstrasse.

“Editor, Arts of the Working Class – Priority” a voice comes from behind me. The rage builds inside me but Frantz puts his hand on my shoulder and kicks a lit disposable BBQ under the engine block.

We watch as the flames take over this capitalist monument to nothing and Frantz lights a smoke off the wreckage with a lit newspaper;

With Blood and Words is the autobiography of Evgeniia Iaroslavskaia Markon, a Russian anarchist who was executed shortly after her lover, Aleksandr Iaroslavkii, at a GPU prison in 1931. I highly recommend the book, it is published by Compass Editions.

For collective strategies and perspectives in dealing with and supporting each other with mental health and trauma, I would recommend the zine Tough Mind, Soft Heart: Nurturing Solidarity in the Struggle Against Fascism (2019) by Stinging Nettles.

Arts of the Working Class is useful when having a BBQ on a summers night. 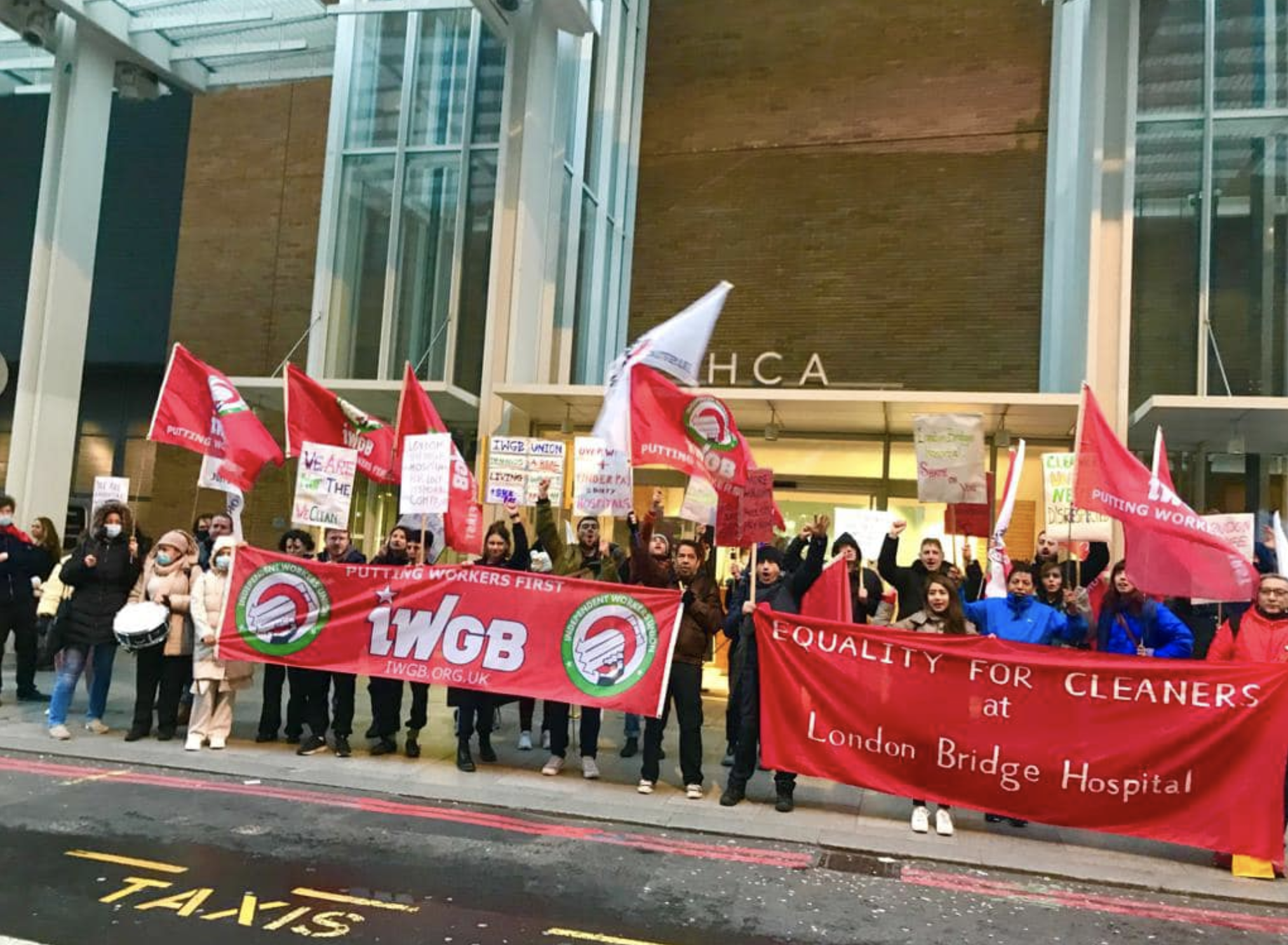